I was going to type a long set of excerpts…but so much nicer for you to get some of the full sense yourselves… if you have the time… it’s worth it – to interact with a resource external to yourself and see how that creates what we commonly think of as “cognition”… like my hands typing this message that you are going ‘outside’ of yourself to utilize toward meanings….

(click on the picture for extended excerpts…and extending your world)

Textual marks for your consumption: 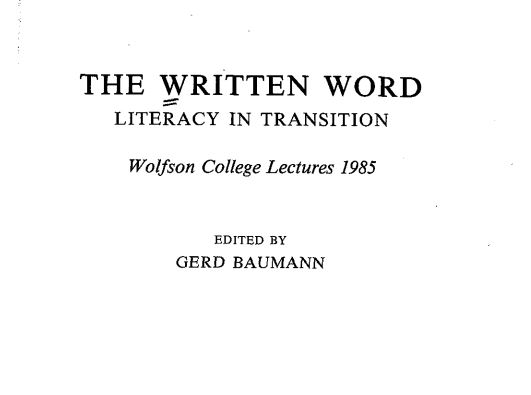 Writing is a technology that restructures thought by Walter Ong

for Friday Fictioneers during cacophony – July 5, 2013

Scales, rituals, angles and lines.  Struggling to make sense, instead of staying on the ground.  Design, construct, infer, deduce.  Climb that ladder.  Circle that ring.  Aching for a view.  We’re earthed here.  But we keep on grasping.  Incessantly.  Invent equations, theorems, rules and laws.  Apply to sensation and perceive.  Revise.  Repeat.  Try numbers, letters, words.  Try gesture.  Communicate.  Calibrate.  Be social.  Get everyone to make the hike.  We make sense by making abstractions.  Distractions.  Bastardizing metaphor.  Some things go deeper, some things go out.

“The map is not the territory.  That’s an expression which  means

the world does not match the picture in our heads”

It thinks.  It considers that it has not done with it.  It reasons that I will know more tomorrow.  Its hope of reading, of selecting and organizing, of patterning and arranging toward some partial whole, toward an item, an element, a concept or thought (any Other) that it might also become (or have been, an “I”).

In other words, it requires difference.

Yesterday I played soccer with  my son, it concocts.  I was the Other experiencing, moving, tripping-shouting-laughing – discretely – other than the ball or grassy ground, other than the leafy trees and wind, the boy (the one I called son), it was anOther yesterday, and therefore it may refer to that example of human-in-a-context (a surround of not-it) by a meaningful (adequately functional) pronoun (name-toward), namely “he” or “I.”

I gained definition by my surroundings, it conjures.  Any object will do (it’s perceiving assorted matter and energy, its limbs rest on some as “desk,” the 10” fence as “books” and the process of sensing, transforming to perception as “time” and mediates “it” as separate-though-connected – of the same stuff (matter) but in motion and of a unique form (relating to) – and names its organized system “self,” “me,” “I”).

It meditates (categorizes, classifies, identifies, compares and contrasts) on these sensations/percpetions/affectations and wonders.  “It was I,” it hears without sound – a confession aimed at a photo of a boy-child near against an aged man I knew as “grandpa.”  I looked so different – of different cells and height and weight, blood pressure and vision, facial contours, bones, hair and skin – so very different (it looks at a reflection) – how is it the “same” (identical to) “I” it is now?

Or might be tomorrow – through an utterly unknowable future of events, weather, interactivities, sensations, affectations and cognitions.  Will it be me tomorrow?  It wonders how identity can withstand such difference – variance, change, even replacement and erasure – and still meaningfully or validly considered “same”?

It places its’ head on its’ wrists.  It writes these words (is writing) in order to create (or craft) a recognizable trace, an effect, communally learned, socially agreed-upon marks that construct a momentary reflexivity its’ own existence.  A sort of extrinsic, partial it, to feel like also an I, at a moment.

It in-scribes in a medium, borrowed from others – borrowed, acquired, manipulated, stolen – a kind of proof to it that it is, and is unique, separatively connected, yea, conjoined seamlessly, molecularly, and yet… distinguishable… therefore I-able.  Referable.  Nominal.

It senses discomfort in parts labeled (categorized, classified, i.e. generalized and lumped indiscriminately/arbitrarily or learned) “head” and “neck” and “shoulders.”  It shuts its eyes.  I slept well last night, that is, I woke refreshed, my discomforts (aches) diminished.  It remembers I went to bed dry-eyed and suffering allergic responses to Springtime.  It drinks coffee.  It is not the same.

This is a portion of a map that does not represent the territory.  There are, perhaps, moments – instances – in which I fit with my surround – but usually it is organizing a mapping conference of sensation, affect, percept and infinite inputs coupling to pre-formed acquired categories and classes, fuzzy generalizations to stencil lines and rivers, mounds and fissures with very little correspondence to the world.

It writes this as “my world,” or “the world that I in-habit.”

-Becoming Human: Asking after the Nature of Nobody pt. 1