This week marks (for me) an exciting new release from Explosions in the Sky and David Wingo – they’ve composed the soundtrack for the recent film Prince Avalanche (I’m also a fan of Paul Rudd).

although I haven’t viewed the film yet (I fully intend to) – I was unable to wait to acquire the soundtrack, in fact it was a primary plus in returning to Kansas from the Rockies of Colorado (after the books – see prior post).

Beyond that – it would appear the film offers a sympathetic example of quest in another mode – and the soundtrack definitely does… So, entering a new semester, a season of changes and re-established routines – finding our way forward – quest – here is a sampling of the soundtrack: Prince Avalanche by Explosions in the Sky and David Wingo: 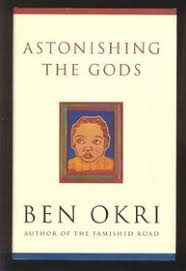 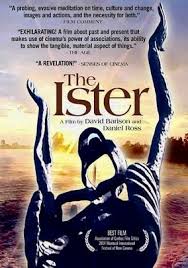 On a wonderful jaunt to our public library yesterday, my wife spotted a movie based on a mega-bestselling memoir that she’d been curious to see since its release a couple of years ago.  We checked it out and viewed it last night in hopes of a light, relaxing fare to happy us toward slumber.

It was excruciating.  My first reaction was – can a person’s biography truly resemble such a cliché’d American self-realization mythology?  Basically a woman goes on a journey away from her responsibilities to others to “find” or “heal” herself, in the process (and apparently justifiably since it delivers her to a goal of peace, happiness, pleasure and love with a seasoning of spirituality) wrecking others’ lives and forgiving herself for it, ending in the arms of a handsome foreigner on a tropical island with some standard religious “truths” in tow.

Here are things I realized about myself:

I am suspicious of personal pleasure that causes others pain.

I am oh-so-glad and grateful that I grew up in a reserved Western culture with Continental philosophy and theologies at its roots.  I much prefer battling to wisdom and calm through the frenetic and anxiety-ridden vertigo of a convoluted mind ferociously doubting and investigating than through some “be here now” philosophies of higher unities and cosmic accord.  Rather interrogate now than “let go” and “let be.”  I am attached to the workings of our brains and our languages, pestering perception and scrutinizing sense experience with imaginative and skeptical rationales.

I radically doubt “gurus,” “prayer,” “saviors,” and other spiritual or “wholistic” practices of “balance” that accomplish “goals.”  Outcome-based anything feels totalitarian and programmatic and therefore facile to me, as if there were a form or behavior we might fit ourselves to that would lessen the struggle or suffering of “to be.”

The film’s story took a year’s time, replete with life-changing habits of mind and body and some claimed resultant growth.  As if wisdom came from Apple or McDonald’s.  The past was hardly processed, responsibilities released like thoughts during Zen, and no effort to apologize or repair any damage or hurts the main character had caused those close to her along the way (thank goodness no children were involved!).

It was the time-tested failure of the American Dream: do what you want to get yourself comfortable in your own skin (whatever beliefs, illusions and experiences that might seem to require) and everything will be alright in your world.

I simply don’t buy it.  And I won’t.  If we are socially constructed realities (and my point-of-view on the cosmos supports this) then final import is not in a self, but in a system.  Not toward results but a how of processing.  Not a personal calm or pleasantness but a social accord.

The film made me terrifically thankful for scrutiny and doubt, fervent self-questioning in light of surroundings, and the “wisdom of no escape.”  It just goes on.

For what it’s worth,

here lies a steaming pile of my opinions.