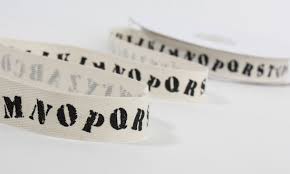 Are words the poison?  The inevitable, unavoidable miscommunication?  75-80% of communication is “nonverbal,” yet according to the American Library Association even a corpse is a “document.”

What is it with semantics?  Is it sickness, like some original stain in brains such as ours – a terminal disease called “fabrication of meaning”?  “Second Sight”?

So that an arm movement, a particular gait, an expiration or whittled scar in rock will all be given significance?  All some addition, complexiting, a superadded content?

What is this penchant?  From where does it come?

It looks like the survival mechanism we think of (signify) as “prediction,” i.e. guesswork.

If we can surmise, invent, fantasize possible leads or outcomes…we’d have a better shot at preparing for it.

Often this is paranoia.

It’s the avoidance and terror of death.

Guess a metaphor for every existing moment, action, thing…and possibly you will survive it…know what’s coming and how to defend against or wriggle past.

Therefore, an alphabetical letter like a post-it note on possibilities, a warning-sign for danger, a diagram of fear.

Her head turns quickly – off put?  Offended?  Alert to me?  Tuned in?

Charlatans and spoofs, all of us.

hears, sees, feels what he/she wants (or doesn’t want – desiring either way) to.

It’s the fear of death, our innate paranoia, our strict steeped instinct for survival.

Apathy might cure it.  Certainly suicide.  Some embracing of the facts.

It remains to be seen.

These are only words.