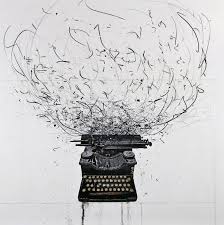 The way things that seem to need doing impose mayhem on those things we were wanting to do (vice-versa).

A sort of ratcheting of oddly shaped pieces tumbling down towards one another on an inclined plane.  Necessary bits and fragments of desire rattling against, around and into one another, oppositely directed, apparently, and all with force or momentum (time, change, survival).  They clatter.  They clatter and clutter, like there’s a microcosm of chaos in us, the spillage of some enormous container of Legos.

Something, always, functioning as noise in the wavering systems of our message(s)?

That kind of oscillation is what I’m talking about.  And it goes both ways.  All ways.

I set about a chore and am derailed by an idea.  I dream and the over timer intrudes.  I breath and it hitches to a cough.

Yet it hardly seems “reality,” or “daily life.”  Perhaps that’s only me, that the pieces that construct me are preiteratively cross-purposed?  Maybe my fragments’ forces are centripetal (or centrifugal), either way multi-directional and simultaneous?  ADD?  ADHD?  “Life?”  Speaking animal?