We start.  We start out.  We dance into a light.  We are seen.  We have become.  We are embodied.

This is how it begins for us.  We are noticed as a being, as a living, as living beings.  Addressed.

And then I AM.

And that “I am” is a simply recognition, a simply acknowledging, acknowledgment, an awareness, a “noticing” – a THAT – THERE IS – a “There is: That.”

A nothing be-cums (in collusion with egg) a “Nathan” – named, cognized, acknowledged, noticed and noted: Nathan is NOT a Nothing, but is a Some Thing… a “Being,” a “human,” a “boy,” a “creature,” even…a “Person.”

And I become.  We.  Become.  A combination of things cognizable in individuality and commerce.  A singularity in multiplicity…

THIS combination of possibilities = Nathan

this ITEM is accounted, is sensed, perceived, listed, catalogued – BECOME.

I am a Definite Article.

And so, we begin. 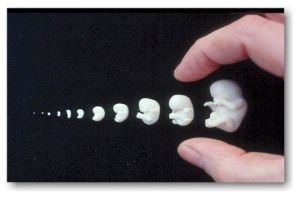 “I” began.  By being accounted for.  Taken note of.  Recognized.  Attached or detached from.  Signaled, symbolized, named and noted.

NAMED (accounted for and acknowledged, reported AS…)

A-ha!  So – this one!  That, right there…different from and the same as this other kind…

An observable being, a kind of individual sample, remarkable and marked down, documented, evidential data…A, The, It, An…

And life goes on.

(from time to time)