“our repeated baffling by the trauma of a Real”

“the ordinary is not ordinary; it is extra-ordinary, uncanny”

WORDS AND THE MURDER OF THE THING

“What hope do I have of attaining the thing that I push away?

My hope lies in the materiality of language, in the fact that words are things too…A name ceases to be the ephemeral passing of nonexistence and becomes a concrete ball, a solid mass of existence; language, abandoning the sense, the meaning which was all it wanted to be, tries to become senseless”

I have wanted to share (for years) the significance and import of Mikhail Bakhtin‘s manner of thinking, writing in the formation of my own worldview and understanding of the confounding irritations of working in language and the interactional miracles of the medium.  C.S. Peirce and Bakhtin strike me as two composers with whom I do not encounter a brilliantly organized thought or true-ringing arrangement of letters that they are not echoed in.  I discover re-presentations and simulacra of their models, but rarely extensions, corrections, or improvements.

With that in mind, I have been poring through a multi-authored volume entitled Bakhtinian perspectives on language and culture: meaning in language, art, and new media edited by Bostad, Brandist, Evensen and Faber.  Note-taking, underlining, cross-referencing, formulating, and it has occurred to me that these texts are SO mesh-marked with mnemonic traces for me, that I should simply provide interested readers access to all I can link.  Setting out to locate a Pdf of the introduction and chapter 2: “Rhetoric, the Dialogical Principle and the Fantastic in Bakhtin’s Thought” I came across the entire collection available online – and so I offer it here.  If you begin, and the perspective captivates you – read on – to the chapters that carry concepts you are passionate about.  If not, never ye mind!  I am happy that texts like this can be available – not easily “stumbled upon” in contemporary bookstores and libraries (unfortunately).

par example:  “Language is to be experienced as an interaction of signs neither neutral nor innocent: the word bears the burden of the contexts through which it has passed.  And every speaker or listener bears the consequences of signs put into circulation, of signs he perceives and answers, of signs he picks up and makes use of for his own ends.  One cannot stifle the traces stored in them.  One has to face the cultural experience a whole language underwent in its history.  Speaking this language and listening to it one unwittingly responds to this experience – the ‘word that lies on the border between one’s own and the other,’ the ‘word that is actually half someone else’s.’  The one meaning cannot maintain itself in the face of the many meanings.  B’s concept irritatingly links the atomizing intrusion of the many meanings into the one (an act that atomises this meaning) with the idea that meaning ‘explodes’ in the contact of two different meanings.  In other words: splitting up and differentiation, accumulation and trace must be thought of as occuring in the word simultaneously…Because meaning is always a recourse to another meaning and a project for creating new meaning, it doesn not achieve a decisive, definite presence.” 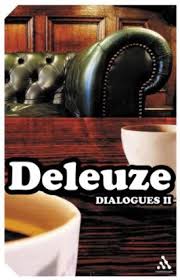 “Having a bag into which I put everything I encounter, provided that I am also put in a bag.  Finding, encountering, stealing instead of regulating, recognizing and judging…It is an assemblage, an assemblage of enunciation.  A style is managing to stammer in one’s own language.  It is difficult, because there has to be a need for such stammering.  Not being a stammerer in one’s speech, but being a stammerer of language itself…writing does not have its end in itself precisely because life is not something personal.  The only aim of writing is life, through the combinations which it draws…and there is no method for finding other than a long preparation…” UFO.RIP
Daydreaming as a profession