“To understand how language works, what pitfalls it conceals, what its possibilities are is to understand a central aspect of the complicated business of living the life of a human being”

“Thinking is a truceless act. / How it holds the injured yets and thens inside it, so many layers of barter /

and resist.  You who are all swerve, / Distance and blindfold when I try to find you – “

“The world of art and culture is a vast commons, one that is salted through with zones of utter commerce yet remains splendidly immune to any overall commodification.  The closest resemblance is to the commons of a language: altered by every contributor, expanded by even the most passive user.  That a language is a commons doesn’t mean that the community owns it; rather it belongs between people, possessed by no one, not even by society as a whole”

POSTMODERNISM AS LIBERTY VALANCE: NOTES ON AN EXECUTION

THE RITUAL KILLING OF POSTMODERN LITERATURE IS A THREE-MAN GUNFIGHT AT THE O.K. CORRAL (ALLEGORICALLY SPEAKING) 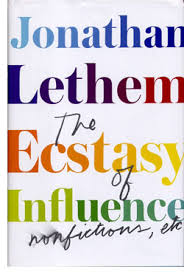 Finding a lot of resonances and curiosities in this collection that I’d like to recommend – a fruitful pattering of words to engage – I especially have liked the introduction (can’t find pdf of online) and then I thought the midsection of the essay linked above (click anywhere on the opening titles to read) was strong and productive.

POET CAFE
Daydreaming as a profession