-Borges, The Garden of Forking Paths-

[as leaked from the skull stuck to Victor Pelevin]

“…progress is a propulsion technique where we have to constantly push ourselves away from the point we occupied a moment ago…the funny thing is that the concept of progress has been around for so long that now it has all the qualities of a myth.  It is a traditional story that pretends to explain all natural and social phenomena.  It is also a belief that is widespread and false.” 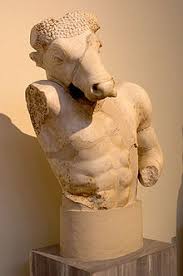 “If a mind is like a computer, perhaps myths are its shell programs: sets of rules that we follow in our world processing, mental matrices we project onto complex events to endow them with meaning.  People who work in computer programming say that to write code you have to be young.  It seems that the same rule applies to the cultural code.  Our programs were written when the human race was young – at a stage so remote and obscure that we don’t understand the programming language any more.  Or, even worse, we understand it in so many different ways and on so many levels that the question ‘what does it mean?’ simply loses sense.”

Ariadne:  “…The diagram was called ‘the helmet of horror’ — it was written in big letters above the drawing.  The main body of the machine was shaped like a helmet.  And there was an identical helmet standing on the demonstration table — an ancient bronze headpiece, and underneath it a visor with holes in it curving back inside…Its lower section ran back inside the helmet through a slit in the middle of the face.  And there were some kind of side plates too — everything was very old, green with age.  It looked like a Roman gladiator’s helmet — like a bronze hat with a visor.  Only this one had horns as well.  They came out of the upper section of the helmet and curved backwards…the helmet of horror consisted of several major parts and a lot of secondary ones.  The parts had strange names: the frontal net, the now grid, the separator labyrinth, the horns of plenty, Tarkovsky’s mirror and so forth.  The largest element consisted of the now grid and the frontal net.  It had two parts that were sometimes fused into a single unit.  Its external part, the net, looked like a visor with holes in it, and its internal part, the grid, divided the helmet into an upper section and a lower one, so there was no way you could squeeze even the smallest head into it…the now grid separates the past from the present, because it is the only place where what we call ‘now’ exists.  The past is located in the upper section of the helmet, and the future in the lower section…The helmet’s operating cycle had no beginning, so it can be explained starting from any phase.

“…start by imagining the gentle glow of a summer day caressing your face.  That’s precisely how the frontal net, heated by the action of the stream of impressions falling on it, transmits heat to the now grid.  The grid sublimates the past contained in the upper section of the helmet, transforming it into vapour, which is driven up into the horns of plenty by the force of circumstances.  The horns of plenty emerge from the forehead, curve around the sides of the helmet and intertwine to form the occipital braid, which descends into the base of the helmet.  There, below the now grid, the bubbles of hope that arise in the occipital braid are ejected into the region of the future.  As they rise, these bubbles burst against the now grid, generating the force of circumstances, which induces the stream of impressions in the separator labyrinth.  And the stream of impressions, in turn, is shattered against the frontal net, heating the now grid and renewing the energy of the cycle.

“It’s not always hope at all, it’s more likely to be fear and apprehension, suspicion and hate, all sorts of nonsense, in fact any of the cud that is chewed with such habitual stupidity…technically speaking it is correct to call them bubbles of the past.  They are called bubbles because their constant tendency is to expand and occupy the entire volume of the helmet, preventing anything else from appearing in it and leaving no space or opportunity for the recognition of what is actually happening…since past is enriched exclusively with more past, the bubbles of hope consist entirely of past, they are simply past in a different state…

“The separator labyrinth is the most important part of the helmet of horror.  It’s the place where everything else is produced out of nothing, that is, the place where the stream of impressions arises.  And it’s also the place where the past, present and the future are separated.  The past moves upwards, the future moves downwards, and the present, in the form of the stream of impressions, falls on to the outer surface of the frontal net, generating the cycle’s passionate desire to recur, so that it becomes a kind of perpetuum mobile…”

“That means that it’s past that decomposes into past, present and future?  In actual fact the whole cycle is simply the circulation of now in various states of mind, in the same way that water can be ice, or the sea, or thirst.”

“…the ‘inside’ and ‘outside’ have no existence in themselves.  They are generated by the separator labyrinth by the force of circumstances and from there they enter the horns of plenty, where they enrich the past, transforming it into the state of bubbles of hope.  But since there is no ‘inside’ or ‘outside’ anywhere except in the horns of plenty, the stream of impressions can quite easily arise inside the helmet and fall on to it from the outside.  And the same applies to everything else as well…never under any circumstances regard anything as real.  The entire phenomenon is induced, like the electromagnetic field in a transformer…as far as I could understand it, the horns of plenty operate like enrichment units in a chemical plant.  When it’s driven through them by the force of circumstances, past gets mixed up with everything else, becoming richer and acquiring value, with the result that bubbles of hope are produced in the occipital braid, go gurgling through the region of the future, are reflected in Tarkovsky’s mirror and perceived as the novel freshness of a brand new day.” 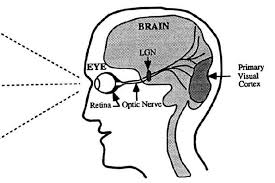 “The future is produced from the past, so the further we go into the future, the more past is required to produce it.”

“Free will.  Life’s like falling off a roof.  Can you stop on the way?  No.  Can you turn back?  No.  Can you fly off sideways?  Only in an advertisement for underpants specially made for jumping off roofs.  All free will means is you can choose whether to fart in mid-flight or wait till you hit the ground.  And that’s what all the philosopher’s argue about.”

“Always the way when you feel you’re just about to understand something important.  It’s like the whistle of a bullet or the roar of an aeroplane.  If you can hear them, it means they’re already zooming past you.” 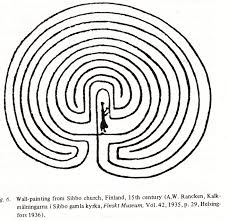 “…a labyrinth comes into being in the course of any discussion with yourself or others, and for that period of time each of us becomes either the Minotaur or his victim.  Although there is nothing we can do with this…there’s nothing we can do without it either…even the discourse itself can only come into being within the discourse.  But the paradox is that, although the entirety of nature arises within it, the discourse itself is not encountered anywhere in nature and was only developed quite recently…Basically a labyrinth comes into being when you have to choose between several alternatives, and the alternatives are a set of our possible preferences, conditioned by the nature of language, the structure of the moment and the specific features of the sponsor.”

“Perhaps that’s the whole point.  Not to think about where the way out is, but to realise that life is the crossroads where you’re standing at this precise moment.  Then the labyrinth will disappear as well.  After all it only exists as a complete whole in our  minds, and in reality there is nothing but a simple choice — which way to go next…We’ve all got dead-ends.  Only it’s not obvious straightaway, it just takes a little while.”

“The means by which for many millennia he has attempted to make himself real are terrible and foolish, like all the mysteries of his world.”

(all above quotations arise from!)