“sheer curiosity is even more universal and compelling than lust…”

Our Similarities are Different, our Differences so very Alike

I tell him he’s gotta grant she’s pretty much the same as the last one – skin all over, shoulder-length hair, fingernails and eyeballs.  Her insides must resemble too – veins and nerves, capillaries and molecules, organs and structural bones.  Her life can’t be that much different – born of a woman spent with a man, fluctuating assemblage of persons and animals, a fair share of good times and bad, events and arrangements all occurring in particular times at particular places.  Spoken to and speaking, looked at and looking, heard and hearing, nurtured and natured.  Surely a sign for something.  A sign for herself.

“But she’s so god-damned different man!” he says.  “One in 7+billion!  ‘Like’ no other creature I’ve known!  Her thoughts are anomalous.  She sentences words her-uniquely, her habits, nuances, quirks.  I tell you there’s no one else ‘like’ her!” he insists.

I point out that there are great similarities to her differences – we all of us with particularized habits, specified modes of talk, no two bones alike and what have you – but they’re bones, flesh and language all the same.  She falls within the mean – income and weight, literacy, height, okay.

“But there’re so many differences in those similarities, you dig?” he whines.  “It’s like everybody’s riffing and she’s got my groove!” 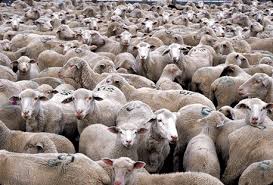 And Johnson has a theory of perspective.  “TOP” he calls it.  He’ll listen to you gloat or bemoan and respond with his “that’s the TOPs!” as if he’s settled the foundations.  I try to get at what he means. 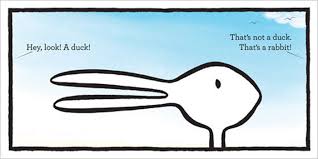 The undergrads recently requested that I speak to them of love, and I told them all this story (it conveniently being Valentine’s Day).  I read through the roll call, through Margaret, Mary, Toby and Frank.  Through Matilde and Jason and Luzanne and Lars.  Some fat, some skinny, but most in-between, each exhibiting some marker – for instance, their names.  We need those tags to tell us apart, do we not?  We’re all so darn much the same.  Autopsies, biopsies, EKGs, X-rays and cardiograms – most of our differences are ever so slight.  Some flesh here, hair here or not, coloring, dialect, language, inches either way.  However, what we notice – are attracted to or struck by, occasionally enthralled or repelled by – in other words, whatever catches your attention – will lie in those mini-borders of difference.

We’re programmed that way, it’s a survival skill bred in the chemicals – be aware of the unexpected, the variant, the things that are unique – sights, shapes, sounds or energy – locate, isolate, focus – survive it.  Use your limited energy and resources for that – ignore the enormous other.

So every time you’re swept by lust or fall in love – there really IS a difference to that bloke or blonde – IN that gendered entity – you’ve perceived it.  Now comes the process of fitting it to YOUR life.  Your self, habits, knowledge and activities, groups and quirks and ways.  “Normalizing” – becoming “intimate” with those astounding specificities – familiar.

By now you’re holding hands or marrying.  Waking up next to.  Joining your bodies and your mealtimes, work and pleasure, daily rounds – and it turns out your partner’s much the same as all the rest (without losing any of their uniquenesses you first attuned to – in fact at this point you’ve uncovered many many more – including a surprising set of facets regarding yourself) – fitting and squeezing and torqueing them into their “signs,” incorporating it all into your own.

They fight, they cry, they talk and fear.  They’re selfish and sweet, funny and sour.  Relatively weak and strong, smart and dumb, kind and cruel.  What did you expect?

Yet having become part of your world, seaming into your point of view, you’re never so alert to them as first you were when they were strange to you and un-experienced, unless you’re threatened or faced with change.  Your energy and perception (remember, by instinct) are set to trigger differences, out-of-the-ordinary readings and measures – the defamiliar.

So although your partner’s arse is golden – or curved similarly to any other – your eyes lock elsewhere.  On unknowns.  Untoucheds.  It’s not adventure or risk that you seek – not exactly – although your senses could be called “restless” in their fearful jitterings and scans – you’re tuned to locate difference – unconsciously filing all that registers “recognize” as same.

As if the world were a line-up and your senses are always on call at the station.

We all know (by now) that we’re all fundamentally, formally, the same.  We’re of genus and species and kind.  A school of fish, a hoard of bees.  Excited by difference (spelled “possible danger”) and presumptive of same (spelled “familiar”).

“What’s love got to do with it?” a spritely student asks.

What “love” has to do with it is to shape perception intentionally.  To recognize and remember the vastness of similarity (choosing to ignore many limbic cries over slight variations – the unreasonable feelings of attraction, shazaam, lust and novelty) and cultivating attention to the differences of the familiar.  The creative work of defamiliarization.

A cloud is a cloud is fine droplets of liquids and gas, pressures and waves, particles in patterns and puzzles and billions of babbling atoms…OR…sketchy shapes of oceans, mountains, camel-backs or breasts.  A cloud.  If you dissect your partner’s thumb or knee, spine or brain, or even examine an eyelash or bead of sweat close enough – you’ll enter world upon world of mystery and minute difference…similar to everyone else.  They’re individual entity’s shaped roughly like gorillas or aliens with less hair.  Or angels.  But they don’t think, walk, breathe, sleep, talk, dream, feel, sweat, laugh, stumble, fear, mimic, grieve, complain, remember, hope or anything else “like” ANY OTHER human in the world, not now, not past, not future.  Tune to that – you’ll never ever exhaust it – as you’ll never come to the end of yourself.

“Love” or “attachment,” “personal relations” or whatever we refer to it by – orients and trains our perception through attention (intentional perception).  Keeping in mind and check the reality of mass similarities (with all their exhilarating differences) and fixing determinedly on the magnitudes of distinctive, unrepeatable, specifics and uniquities of this one chosen familiar. 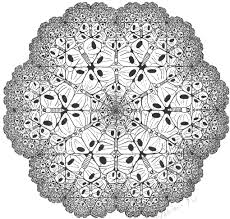 Anyway, that’s a version of Johnson’s TOP:  “it all depends on how you’re looking at it.” 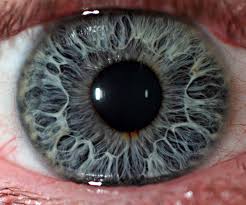 2 thoughts on “Signs of Love”