I would love for any/all to share what those “Limit Texts/Artifacts” are for you?

Please share via comment what encounters or engagements with works of art, science, philosophy, writing, music, and any other cultural artifactual form has altered from then on how you select, evaluate, engage other related artifacts from then on?

Recently, I have received several queries into either how I read as much as I read, or how I find or know what to read.  As I respond to these inquiries, it has interested me how in fact, I account for my reading history.  “E.L. Doctorow explained he rarely knew what he believed until he had written about it.  Dostoevsky would start authoring a given scene, assuming he understood precisely what he believed about the issue discussed in it, only to have one of his characters convince him otherwise.  Frequently it is only through the actual act of creation that we locate what we really feel and think about a subject.” (Olsen, architectures of possibility).  That, coupled with “Authors frequently say things they are unaware of; only after they have gotten the reactions of their readers do they discover what they have said” – Umberto Eco…resulted in these self-observations:

Even from persons I deem much more knowledgeable than myself I often hear “you’ve read more than anyone I know…” and I have spent many hours a day for many decades – reading.  I was raised in a fundamentalist Christian home, so the concern for truth, authority and canon were socio-culturally inculcated in me from an early age.  When I began exploring music, philosophy and literature I found this concern ruling my approach: what is deemed canonical (attested by authorities), what came first?, and what rings true?  I remember beginning with anthologies of classical poets, then ancient scriptures, Homer and so forth.  Beginning with Plato/Aristotle then forward through those who claimed their influence.  Beginning with Bach, Brahms, Beethoven and then forward and back to origins and influences.  That has been my habit in exploring cultural artifacts.  Find references.  Correspondence.  Claims.  Follow them out.  And follow those out.  And follow those.  And….so on.

As to achieving the absorption of piles of books at a time – when pushed to claim a process – I was surprised at the simple methodologies.  I have referred to “transductive reading” from time to time in these posts – the interaction and co-constitutive commentaries that work provides to work.  So I read large amounts of materials over large amounts of time (though my wife insists I read speedily) – I find I read sections / chapters / pages from a multitude of books and let them interact in me forming tissues and connections, rather than singular voices or ideas straight through.  I read for differences – turns of phrase, terminologies, rhythms, in persons approaches to subjects, rather than reading for topical content or idea-information as data.  Where a voice, approach, or technique is unique is often what particular works have to offer, I have come to think.  And, depending on genre or reason for reading – as overlaps increase as the volume of “have-read” grows – one can often browse for summarizing sections to find the nuances each thinker or creator proffers.

Then there’s my personal history and approach to things.  Hard-pressed to learning from youth=26 straight years of education + 17 years working in or managing retail bookstores – in an effort to be an “excellent” bookseller – implying to me I had to know something of everything a reader might desire (first hand).  Publisher’s catalogs, reviews, recommendations, lists, histories, from the development of language to its variation in forms and contents.  And always that uncanny recognition of Grenzsituationen – or “Limit Texts.”

“It might be helpful to conceive of certain texts as Limit Texts – a variety of writing disturbance that carries various elements of narrativity to their brink so the reader can never quite think of them in the same terms again.  To the brink, and then (for most readers, at least) over.  Karl Jaspers coined the word Grenzsituationen (border/limit situations) to describe existential moments accompanied by anxiety in which the human mind is forced to confront the restrictions of its existing forms – moments, in other words, that make us abandon, fleetingly, the securities of our limitedness and enter new realms of self-consciousness.  Death, for example.”

“If we carry this notion of Grenzsituationen into the literary domain, we find ourselves thinking about the sorts of books that, once you’ve taken them down from the shelf, you’ll never be able to put back up again.  They won’t leave you alone.  They will continue to work on your imagination long after you’ve read them.  Merely by being in the world, Limit Texts ask us to embrace possibility spaces, difficulty, freedom, radical skepticism.  Which writings make up the category will, naturally, vary from reader to reader, depending on what the reader has already encountered by way of innovative projects, his or her background, assumptions and so on…but the more Limit Texts one reads, the less one tends to feel the impulse to return to more conventional narrativity…” 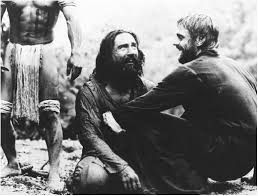 These situations are tattooed on my body (literally)…and include:

as you uncover these (your own personal) writers – your pantheon

evaluate and expand, extend and engage new writings you are exposed to – forever altering your patience and expectations of literature or whatever cultural artifact-type you crave and are pleasured by…thus making your reading more efficient and your selections increasingly more challenging and compelling to you – as long as you continue to leap out and expose yourself to things that might be unexpected

your lists will spawn as you follow their correspondences, admirations, criticisms, references, citations,

and you develop your literary canon

more on that another time

“One of the wonderful things about word processors is they transform all composition into continuous process.  You can rearrange, rewrite, tinker, copy, cut, paste, open separate files for separate chapters or story sections or poem fragments, a window for notes, another for your outline, and still another for your list of characters and their attributes, and have them all on your screen simultaneously so you can flip among them as necessary while your web browser provides you with a dictionary, a thesaurus, a Wikipedia page, a website to aid you checking this fact or that…

(The less than wonderful thing about word processors is they make every draft look like a final draft, sloppy writing look as polished as just-published.  Careful about being duped by the sheen, and don’t disregard the notion of trying to compose on a lined tablet unless you’ve already tried it and found it lacking; it is a method that both slows perception and increases conscientiousness).”