The times have been odd and I’ve been at pains to record them.  Here is a series I began recently in attempts to account for my life over the past 6 months or so… for what they’re worth.  In this current apparent “season” of ongoing stress related to surviving I am culling old notebooks for substance and will begin posting as I find time to type them. \

Six months ago, things were different.  I found myself unable to breathe, in England, windswept and drowned out in a kind of panicked grief – a she had proficiently evacuated my life, my home, a marriage… a business, a practice… The weather was cold and drizzly – melancholy, hibernatory, reflexive.  One might say: “Winter.”  My return would be to four children, now employment, no sustenance, no inner strength, little support and a home hardly emptied of her artifacts.  She had literally flown away.

Seasons in Kansas are cyclically exemplary.  Summer – hell-hot, a dry blowing flame, readings often surpassing 100.  Winter is a subzero freeze – bitter blizzards and veils of ice – both producing post-apocalyptic land.  Autumn, as is idealized, a gradual and colorful falling away – temperatures, foliage and field – a clear and moist sarcophagus.  And Spring.  Spring is explosive – blustery, redolent – a balmy turbulence of expansion and growth.

Some have suggested that landscapes, climates and geographies form the tangible shape to our thoughts and personalities and beliefs.  It makes many kinds of sense.

When we experience loss we consider to be great, we often find it inexplicable, and it may exhibit many qualities in common with fallow fields of Kansas Winters.  Clinging to cold and dark uncannily, as if depressive states were somehow desirable.  As if persisting in sorrow might validate what grew there before.  What cannot repeat (we think) – bumper crops and windfalls – the decay of which we experience as hopelessness, helplessness,  a ruin.  Plumbing gone bad, a roof worn away, the appliances failed.  Eyesight, blood pressures and flesh.  Things fall apart, the center cannot hold – wisely penned, and yet the Seasons.

When a wheat crop fails to a Summer’s drought and burn – there is thorough discoloration and a withering.  The rusty dun of a malpracticed rain dissolved by menacing sun seems a sign of things gone wrong, things never to be the same.  And it is so.  In some various version of “now” – growth is undone, production waylaid, and a pestilent edition of dying appears to have its way.  We cherish that in our bemoaning.  Misfortunes as notches on a belt that signify toward some later date: “We survived.”  “We survive.”

Certainly not forever, but perhaps another season.  Another cycling of the clock.  We sleep and we wake, and “every day begins the same.”  Every week and month and year.

That apparently demolished – scarred and furrowed stillborn field, however, hasn’t lost capacity, only a season’s fruit, a momentary harvest.

I shackled myself to determined grief.  Treating my earth with lyme.  Still its soil didn’t die.  Flowers and grasses were never erased, only unsung and silent, covered, eventually, by a type of ashen snow – very difficult to see.

The lesson I find ever-so-hard to incorporate is that the responsibility of flourishing or dearth lies not on the soil, the weather, or farmer – wind, sun, rain or seed – not even diligence, care or quality.  Rather, its growth or despoiling depends on the entire orchestra of factors.

What blooms for a term, given other conditions, even ever-so-slightly adjusted, may miserably deteriorate, may “fail to thrive” or “take.”  Human infants, ant colonies, milo crops and butterfly paths, wildlife populations and the microscopic advance of forests all share this cosmic weather – growth and decay depend on convergence.

A determined depression, a strange and celebrated joy – can be deranged by simple sounds or gestures, weathers or tastes.

Helplessness altered towards hope by some unexpected “yes.”

I was contacted to compose a responsive work for a miniscule fee in relation to a visiting artist.  I was given employment, extremely part-time it appeared – as a rural mail carrier ‘associate’ – filling in for regular carriers days off.  And yet they were SOMEthing, a shift in the breeze, a change in barometric pressures, percentages of precipitation, doors opened with smiles.

A bonfire had been planned at a farm to forge acquaintance with the visiting artist – two weeks of work from Brooklyn, NY.  In my selected sorrow I avoided meeting people or mingling in groups, even contacting more than a handful of friends (often reaching out and then canceling in efforts to conserve energy for survival).  Yet work (survival) was serious business and necessitated uncomfortable measure.  I went to the farm and the fire, and from there began a new history.  New season.  Dying seeds split toward open…(to be continued…)

I am looking at my wife’s face for significance.  Scrutinizing her as if MY meaning might come from there.  The eyes and motion of my children, our puppies, the touching between them.  I gaze, ravenously, melancholy, nostalgically, as if some sort of synching provided reason.

Words on a page in front of me.  The sounds of the heat switching on and swishing (or swooshing) through an anatomy of ducts.  Rememory.  Fashioning bodied memories forward toward anticipated satisfaction of imagined desires.

Re-membering an already unknown future.  As if to place it onto a pleasure/pain balance and put myself at risk for emotion.  As if I am wanting to feel.  Pleasure OR pain, satiation OR loss, grief or elation.  Simply.  To feel.  And to be able to tell.  To evaluate, process and produce.  Perceive, procure and proceed.

Attend, assemble and assess.  All componented in threes, a perspectival point of either/ors.

In other words – seeking options of experience through this-or-that, barely realizing the gargantuan disturbance of the field in which bi-polars conjoin – the third, the invested participant – “observer.”

I search her eyes – peering her into double bind by my own delimitations.  Reflecting the kids play and laughter – deflecting – by framing-problems that lens my limited views of want and need.

Ravenous, melancholy, natural look of desire for pleasure and dread of pain – dualizing a multi-more intricate kaleidoscope of possible probables.

The implicit intricacies + the avoidance and/or discounting of “one’s own role” (the responsibility, culpability, of our ever-presentness we ever effort to escape) – being participatory.  Being.

And what of the lens?  If I expand the prism, rotate the glass – distort, blur, focus.  How expansive, elastic, extensive are my tools?  How effectual the how I look, the what I look for, the why?

I continue examining her face, and his and his, and his and hers.  Listen for their sounds, their movements, borrowing moods from the connections I make, perceive, feel…asking now to fill out my arrival…more aware of many roles that depend on distant stories…now arising…participant…into now

as it happens, it occurs…

Greetings readers.  I have spent the past few days to-and-froing from my son in the hospital undergoing a corrective surgery related to pectus carinatum, and full-family summer and researching the pros and cons of PDA (patron- or demand-driven acquisitions).  I am very happy to say that after a nearly 5-hour surgery, in which we allowed “experts” to cut our son’s chest nipple to nipple, lay back the muscle, chip-scrape “excise” the cartilage out of his ribcage, crack his sternum, reshape him and insert a flexible metal bar…he is recovering smashingly, already walking about, playing card-games, and humorously retorting.  This is the first “major” operation, injury, break, accident or otherwise that has occurred to my genetic offspring, and, although I’ve endured much trauma with the injuries and surgeries of my spouse, I was unsure what to anticipate going through in allowing invasive slicings and breakings to my precious son’s body.

Needless to say, it is affective.

At night I slept as if in a dark void.

I felt shamefully unattentive to my other children, lacking energy and focus.

I let deadline stressors and ongoing responsibilities take their places in my tissues and veins, deep recesses of my cortex, and let my eyes drift repeatedly into mid-point aether. 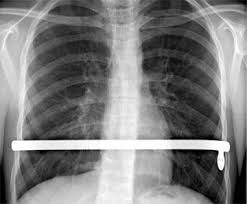 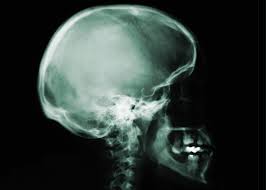 it was pretty foggy in me.

and facing the stack of avoidances.

“You could try to express what bliss it was in those days to be alive.  Of course there were bothersome things here or there.  Terrible things, if you looked too closely.  There was the dreadful burden of everything that’s too much alive, all that mingles with air, earth and water in an attempt to destroy you.  There was the malice of men, the voracity of beasts, and the indifference of objects.  There were all the sounds and sights and smells like continual dagger-thrusts in the flesh.  It wasn’t easy to live with all those things; no, no one could have said it was easy.  But all the same it was funny in a way, touching and funny, a splendid adventure complete with emotion, language, consciousness, and perhaps, in some recess of the memory, a kind of nostalgia for silence and peace…Yes, what was happening to you was an unforgettable and unique adventure…”

HERE’S TO YOU SON

In the midst of a day of feeling overwhelm faced with school projects, group projects, and individual research assignments, I woke anxious and needing voices to recall my core – the vibratory physiology of the aim of my experience – to write, creatively, freely, integrated and symbiotically brain-body-world…

I scanned my shelves for emergency care, and found it here:

Sickened and soothed by symbols, I set out.

Signals come and I perceive, I respond.

The I forms to the action.

there are knots and strains and sprains

I turn to music

buried deep within the signs

a way to loosen and undo

spread out through many pathways,

allowed to wander their own ways

beginning at the edges of their ends,

We have to hold still.  To take care.  To look at each other.  To remember what we’ve never quite understood: the value of one another.  Which we’ve never really comprehended, nor, finally, are we quite able to.

I suggest the exercise:  Pretend-Everything-Depends-On-It, that is, on The Other, i.e. even within yourself.  See how far it goes, if it chances to keep you alive, or defends the rights of another, imaginary or not.

Luckily, the always perhaps.  Perhaps, to a point.  To the point – what is possible – tell me who might be the one deciding that?  (or the many?).  I’m listening.  This is where God lies.  The possible.  Irreducible without end, fortunately.  And how.

Go on then, practice, live, throw yourself into it – see what becomes.  At least you will.  Forget about it!  There’s always until.  What has that to do with us?  Very little, finally, it’s something we will never experience, we cannot process or reflect upon.  So get to it now, then.  That’s all I’m saying.  Pretend, provoke, prevent and process.  There’s nothing to it.

Defend the other with your life.