Even a blank page

can be beautiful, asking:

Who goes there?  What?  Where?

The map began as a scribble, a doodle.  Begins as a failure to write, to “compose.”

In lieu of a word there’s a wiggle of pen wandering aimless in search.  Cartography-graphology-psychology – a loitering for logos.

Begins this way – in hope of words, a sort of squiggle.  A body desiring a mind.  To show up, to take over, provoke or convince – to appear, make a meaning, disclose – to figure toward sign.  Some unconcealing.

The signal’s not there, so it moves: the hand, the instrument, the breath and the heart – are they tools?  And for what?  A cartographer’s dream.  Of no training, no knowledge, even reason is lacking.

A pen making marks on a page, mapping none.  Tracing nonsense.  It begins in this way, and it leads, so he hopes (it hopes, is hope, is desire).

The scrawl travels over the page – given borders and boundaries, arbitrary and set – 6”x9” and lined with a soft viscous grey.  He (it) slows down.  Just a hand and an arm and a shoulder – in motion – holding a technical device filled with fluid – black, yes, like bile, but less tacky, diluted – it flows, threading lines – it’s con-fusion – yet taking, biting, inscribed.  Something happens.  Drawings are locked to a medium stock.  Incomprehensibles stained on a page.

This mapping begins in a loss.  He is lost.  It is lost.  Doesn’t “know.”  Just beginning, because – with desire.  It is driven, compelled, WRITER WANTS (for to write) with “nothing to write, and no means to write it” yet constrained to keep writing, to expunge merely SOMEthing, some THING.  Which is NO thing, no THING, but to mark.  It goes on.

Makes a map, a map-ping, tangled series of lines meaning nothing, no THING, but creating TO-WARD.  Ward off absence, off void, ward off death, this is to – .

It (he) is tired.  Is forlorn.  Is an absence and loss, a re-mission, re-cursion, re-morse.  And not even that clear.

Trail dwindles along cross the page.  It’s a map.  Just of being.  NOW here.  Now.  HERE.  Looks like this – some electrocardiomusculoskeletalpsycognilinguadigital-gram.  From this angle, this tool, these techniques.  As a Ouija.  No meaning.  Saussurating.  Arbitrary.  Mediate.  Only markings.

And so it begins – as a failure to write – as a scribble – an assay – a tribute to write – that cannot, that will not, that does not…quite occur.

Very exciting new discovery for me!

for instance:  A Perspective of the Universe – Massumi & Manning

Sickened and soothed by symbols, I set out.

Signals come and I perceive, I respond.

The I forms to the action.

there are knots and strains and sprains

I turn to music

buried deep within the signs

a way to loosen and undo

spread out through many pathways,

allowed to wander their own ways

beginning at the edges of their ends, 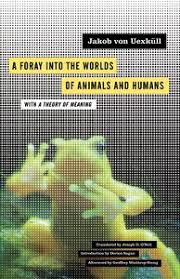 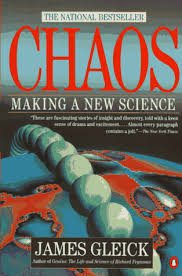 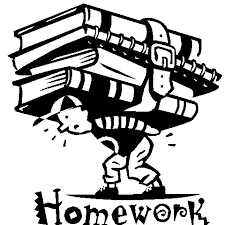 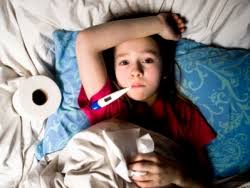 The Forest of Marriage

I’ve never felt sexy or young, my memory is chained like an old growth forest accumulating decay.  Remains tough to destroy.  Why would I want to?  Perhaps for you – so lovely to me – youthful, vital, your non-submissive and consistent new growth.  Your winding ways, nubile bends – how do you regenerate yourself?

I’ve no doubt my dying fertilizes and enriches, our scent expands.  Some wreckage crumbles beautifully, overgrown and softened by corruption.  But it’s not the same as planting seeds, a puppy’s not a dog.

Steep.  A word for danger and infusion.  Calamity filters through.

Seed.  It is not uncommon for your resources to sprout fresh things in me.  Renewal, come in.  I am fertile in layers.

I’ve aged tall and long and twisted, hoary with moss and tangled by vine.  Formidable, while spongy in places.  Your green shoots pierce me, exposing my slowness and rot, my muffling stance.  You crack me open, engender new soil.  I collapse and give way, I adapt.  It’s a marriage.

I wouldn’t say “handsome,” thought at times picturesque – in a rugged way, and worn – tendriled with you growing green.  The occasional strength to bloom: I mushroom, you flower.  I fungus, you shine.  Together we develop our wonder.  Some stop and look, others stay awhile, everyone traveling through.  The coupling is not unfortunate – providing nourishment and shelter.  There’s always damage.  Having endured, still I am fragile, and you, with your gentle, tenacious roots, ever purposeful and true, yet transplanted and remaking, storms can threaten with uprooting.

We are called by one name and belong – a vast generality for incalculable kinds.  We don’t mind.  Old or new it’s still growth; what dies and what’s born construct a joined density.  I lean on you while providing shade, you straighten me as you fight for necessary light.  We are one seething thing, steamy if un-sexy, cross-generative and moist.

When the fire burns, it destroys and begins.  Gaining as much as we lose.  It takes time – symbiotic – establishing roots we combine and recover, shed and absorb, co-create and depend.  Relying on the same in our differencing.

Reaching again in each instant’s climate.

In Summer’s Heat I Can Hardly Think What To Do

so I made this picture