“Just find a way through to an end,” Laramie thinks, fallen there, and hurting.

“the void is waiting for vocabulary,” Alias reads, and ponders alone what the void might be comprised of.  “Perhaps the void is composed of perhapses,” he writes, “combined with some organization of relations we are incapable of imagining, cannot begin to fathom.  Awaiting and constraining possibilities, likelihoods and unforeseens in a kind of complex and chaotic equation or balance.”  Irreducible, inexhaustible, and unsayable, he marks on the wall-sized whiteboard in his office.

“If I figure how to end…make it to an end,” Laramie whispers, hoarsely, internally, excruciatingly, silently.  He cannot sense his horse, nor smell the fire.  It will begin to rain.

“Perhaps,” Alias cursives at his desk, dire, lonely, remiss.  “Perhaps each motion, feeling, thought…perhaps the shaping of an ‘a’ instead of an ‘I,’ perhaps this particular curve or flutter of line, this pen rather than another, the way it sits in my hand, perhaps the letter-to-word conjured depends on so much more than I can conceive or dream: smoke rising to atmosphere in some African desert; a precise selection of neurons inhibited and allowed in my body; the varying flow of blood and calculus of cells active in my thighs, my ankles; the trajectory of wind – its velocity.  Perhaps what registered itself in my synapses and muscles 17 years ago is playing out in curves versus straight; what she said; or his coughs in the night.  The amount and location of sperm; exact army and height of each dandelion stem; the president’s breath; engine ignition in China; the current temperature of Jupiter.  Perhaps.”

Laramie works to focus on his breathing, attempts to concentrate his eyes.  Seeks localization and diagnostics of injury.  His vision is “impaired.”  His legs have gone numb.  Some liquid burn fires through chest-shoulder-arm.  He cannot wriggle his fingers.

“Perhaps every ‘moment’ or movement, influence, decision, activity, intention, expression truly depends on everything else – EVERYTHING…since ANYthing occurred – however that may have become.  And the motion of my arm, its difficulties, my emotions and thinkings, what I am able to perceive, just as much participates in the perhapses and perchances as EVERYthing else – directs them accordingly while equally or ratio-reciprocally affected and determined by.  Some inexhaustible, irreducible, assemblage – unsayable from my specified and fluctuate limitations – my finitude, but imaginatively infinite (perhaps not) in chances-are,” Alias furiously scribbles.

Attempts to roll over.  Effort towards sky.  Finds himself clutching left arm, his legs akimbo but working into a ball.  Breath harsh and labored.  Sight unseen.  Somewhere far, separate, Laramie is suffering.  Finding a way to an end.

“Perhaps,” Alias drones.  “Perhaps deaths and births, seedings and desiccations, galactics and atomic behaviors, cheetah-screech and egg-breaks, politics and business transactions, theories and documents and artifacts, particular weights of the world and all of their unformed-formings gather every instant to become again, particularly.  Planar, scalar, interactive and recursive, never still, never stable, not quite patterned – ever potent, ever determined, ever possible, ever realized – EVERYWHERE + HOW + WHY + WHO + WHAT – always possible and continually actual – without possible worlds – just IS.  Just IS.  Just IS, again.”  Alias slumps.  Decides again to drink.  Looks at porn.  Longs for intimacy, for desire – to be craved, wanted and longed-for.  To be satisfying, satiating.  To be some whacky, untellable, sort of “enough.”  Wishes and wishes – 15,000 things.

Nothing now but distress, pang, shards, fire.  Something like the neigh or whinny of a horse.  A coyote yelp or yip.  Dying insects, a squashed ant.  Sparks fizzled in mist and wind.  Harsh, hard, and consuming.  Consumptive.  Agony.  Laramie unable to locate his body, his voice…himself.

But I do know something of being alive as a human being.

And that is that: there always seems to be a “you.”

An othering.  For humans.  Nature, world, self.

And that is that.  Buber perhaps, correct: Being is relation,

(or vice-versa?) for anything (anyone – could we ever get down to that)

The gist= A we.  Wonder.  More-than is constitutive.

We are, and are made of/from/with more than what we “are.”

If I characterized…TODAY = noise & speed. 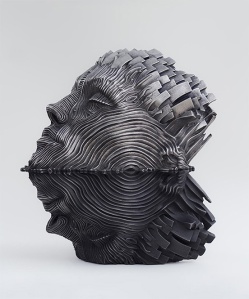 Taken with a feeling of grandeur: a premonitory greatness arising with convergence.  There are uncertainty principles and the bafflings of mathematics as one ranges across scales.  Relationships over time and fictional emissions, philosophies, transpositions of experience…and sometimes, somehow, they inextricably and irreducibly link up, reciprocally foster…and generate moments of novelty.  Perhaps this is indicated with the term emergence.  There is music, too, and emotion.

A sense of sense.  Of universal process in which one plays a micro-part, participation.  For the time – being and becoming seem joined.  There may be love, generation, sometimes even intuition of revelation.  Simply processes – ongoing self-organization – of “selves,” and smaller and larger collective, complex, and dynamic systems.

Something like “meaning,” I suggest.  Nobody gets what I mean.

Which represents entropy.  Things falling apart even as they arise, conjoin…together.

Things I do not mind.  Emergence / entropy … it’s all dynamic – which is what I’m thankful for in the now.  “Alive” perhaps we’d call it, un-“dead,” – a state I’m thrilled to avoid.

Of course there’s a “Her,” and a “Them,” or “they,” – my spouse/partner/girlfriend/significance-of-Other … and the offspring numbering 1-4 – the “matterings that matter” in me… my hand and body, pen and paper, & the complicated processes between that emit some strange result.

Physics tells me “strange attractors” (at that relational scale), I suppose it’s literature’s “muse,” romance’s “one,” the what-fors and what-nots equaling “It,” equaling “unknown,” equaling “that to which things tend.”  Optimization, in a sense (if only a fantastical one).

Depending on the color of the glasses.  What hole is peered through, by whom, from what angle.  Perspective.  Outlook.  Relation.  Some mean free path I’m on.  Perhaps now a ‘we.’

“I” feels uncomfortable, unnatural.  The idea there might be a group-of-me consoles.  If only one (other, more).  If only a “you — too?!”

That’s a sort of Spring-Forward, is it not? 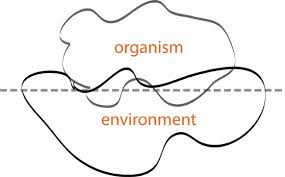 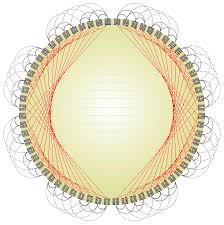 and not one without the other…