“Tell me the songs you don’t know.”

Dan Beachy-Quick, Of Silence and Song

“–knowledge is made by oblivion.”

the known as partial

so i made noise

every word an icon

thus every song i sing

i sing of what i do not know

or hear or dream or feel

but do i tell of songs

i do not know

or sing not knowing?

Your laughter tinkling its tent

A poet has died

We watch him pass

Only I drink it in

I put clothes on

insofar as an organism

And no one knows

(some day our greed

Perhaps “work” means something must be done, regardless of desire,

If “to love’s” “unassailable affirmation,”

something verbal, and not only.

“Education” as “familiarity with thoughts of others” (K. O. Knausgaard),

entails “experience” as “familiarity with itself”?

And what of “wisdom”?

I wonder if “deaf” implies “not-listening,” or/and, “our forgetting of the body.”

and who defines “republic”?

Or “nowhere” and “now here” in all their differance?

negation requiring its positive with –

But I sense it’s indefinitive,

de- and con- structure something else,

the space between the sounds

that continues (us and them).

HE in the feeling of HER approach.  That syrupy abyss.  Unknowing.  Every anticipation and guess.

What other flesh is.

Any time you are enabled

We could imagine IT as HIM wanting.  Awaiting.

But there is no resemblance to wait for.

Only HER, the delicious, dilemma, unknown.

Loss of memory.  Hope of presence.

– the surprising rarety of ‘being-out-of’…

In the center a shrine a temple.  And no center exists, except by imagining, by metaphor, metonymy.  Delusional illusion of some living cartography.

Each pressing and critical, earnest, persistent scenario and situation –

It’s always coming.  In.  The status and singling.  Ever singing.

What might have been experienced as “LONGING” – that which is extended, strained toward…

SHE… a recoiling, a reconnaissance, some new emission.

HE laughs, as if capitulating, a surrender, a stab, asunder.

In other words, too many… uncountable stories (may) have begun (begin)…

Perhaps I should not own a phone.  It’s Short Message Service, in my employ, allows a nearly ubiquitous, immediate reach of the text, from my thumbs.

Thank you for telling me about the exhibition, I have the retrospective tome near me even now, attempting to go in and near the two-dimensional images on paper.  It is not the same as being present to the sculptures and paintings, their ambience.  But now I know I could not move around them, nor touch them, I’d have only to use my eyes and very little of my body.

This obsession with connection.  Once I would have had to go to work unlinked to any of you for hours at a time.  Once my going home would mean your absence unless we arranged for sharing space and time.  Now I reach, I report, I ask and beg, and enter your lives like someone shoving a newspaper, pamphlet or flyer into your hands at will – without contact – propaganda blaring from speakerless speakers.

Your mails and email show deference and thought.  I am happy to have your works near at hand to consult and resort to time and again.  I see the care in the hand-writing, the pacing of thoughts, the reasoning reflection, the sense of your audience.  They lie about me on the floor, I can feel them, turn them, taste them if I wish.

Your phone makes a hum or a buzz.  An ejaculatory missive from Filbert again.  He’s lonely, he’s excited, he’s drunk.  He wants to share.  He needs to share.  He needs communique.  He wants connection.  He is not thinking of us, he suffers the duress of himself.  He spouts, he shouts, he slurs.  He insists he needs solitude and rest, needs quiet, less public.  At any hour, at all hours, these textual packets flow.

Where do the gaps that make the heart grow fonder bloom?  What is banal and what evental?

I do remember the ground there, how it fell away desperately or rose violently into sky.  What the birds did.  Where the fire flowed.  Yes, the leaves.  Yes, the sleeping bags.  Here’s to the unknown trails, the stumbling, to whatever’s discovered.

I am sorry I flood your phones with less than thoughtful driveling – explosions of fear, anxiety, want.  Am I alone?  Am I alone?  Do I matter?  Does anyone want my voice?  Am I also missed?  But also love.  Yes, sometimes I merely wish to tell you the difference you make to being alive, that I feel you out there, somewhere…

pregnant with fore and aft –

of flotsam and jetsam

But where is the body

but thought and a world;

what is: being some feeling of –

you cannot leave it.

And then you do.

Even a blank page

can be beautiful, asking:

Who goes there?  What?  Where? 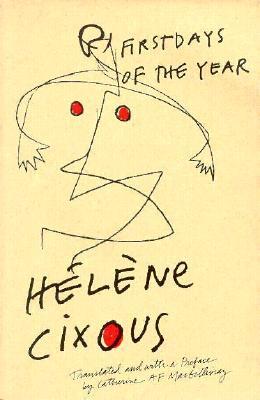 It was funny how she, how I, refused, declining enticing invitations of love.  Once.

Then again.  Or not.

Still, it happens, rejected or otherwise.  Naysaying, that is.

Strange relations.  Using yes for no, and their returns and variations.

She says no though.  I did.

It eventuates, seemingly regardless of our answers.

What did the trees refuse?  What was the grass fighting, then?  The clouds?  I watched… she observed birds.

The dancers’ bodies.  A dismissal of space.  The removal of sound.  Absent silences.

Do words incline or recline for us?  What of the ear, the eye?

Still I smelled her.

These are the ways of naysaying, all our doubled negatives, equaling… what, exactly?

The squirrel upside down, above the lawn, on the long tree limb.  What is it denying?  And where is the use of speech?

We cried out, decrying.  (What could that mean?  That seems always in question).

I asked Beckett and Blanchot.  They each said that she said “no.”

It rings out, like bells – so radiant, so silent, such dissipation.  Such temporal hazard and warning.

Something refuses the air.

I remember.  She traces back.  What means “over”?

Sound refusing silence.  The first.  The second.  The next.

I recall dreams from time to time.  Unable.

Something may have been said.