“By Godel’s theorem the following statement is generally meant:

“…there can be neither a first nor a last meaning; [anything that can be understood] always exists among other meanings as a link in the chain of meaning, which in its totality is the only thing that can be real.  In historical life this chain continues infinitely, and therefore each individual link in it is renewed again and again, as though it were being reborn…” 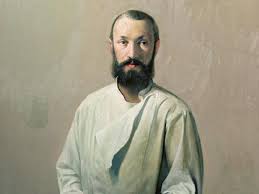 “And so the world is interior to our mind, which is inside the world.  Subject and object in this process are constitutive of each other.  This doesn’t lead to a unifying and harmonious vision; we can’t escape from a generalized principle of uncertainty.  In the same way that as in microphysics, the observer disturbs the object, which disturbs the perception, in the same way the notions of object and subject are profoundly disturbed each by the other: each opens a crack in the other.  There is, we will see, a fundamental, ontological, uncertainty in the relation between the subject and the environment…a new conception emerges both from the complex relation between the subject and the object, and the insufficient and incomplete character of the two notions.  The subject must remain open, deprived of all decidability in itself; the object itself must remain open toward the subject and toward its environment, which, in turn, necessarily opens and continues to open beyond the limits of our understanding…

All this incites us toward an open epistemology…Epistemology is not pontifical nor judiciary.  It is the place of both uncertainty and dialogics.  In fact, all the uncertainties we have raised must confront and correct each another; there must be dialogue, without, however, hoping to stop the ultimate crack with an ideological Band-Aid.