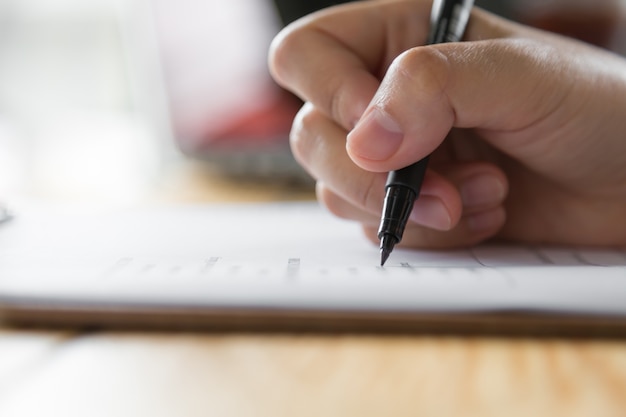 How stories are written.

They are experienced.  They are felt, intimated, intuited and interpreted.

Sometimes spoken through or about.

They are lived – if only imaginatively – they are invented (always).

If inescapable or unavoidable, the only way to “pass” them – find them, become in relation to them (i.e. ‘go on’) – is to expel, express them… put them outside the body, psyche, person: MAKE them, forge them, create with them…

Stories are composed, inscribed, evoked, in order to ex-term-in-ate them.  To live on – through and past – to survive what marks/marked the person who must process and be rid of them in order to… go on experiencing (live).

Search those tales that traverse your body – its space, and over time.

Watch what arises again and again – a trope, a chorus, a theme, a complaint.

Though memory (creative narrative), perhaps it holds a not-forgotten, an almost-permanence.  That which seems to stay with you, in you, may be of you – there’s story there.  Don’t worry truth.  Truth never worries.  And no stories are about it.  And constructs of “facts” – or, agreement of observations and perceptions – hardly tells as well.  Stories – good, real stories – lie in differences.

Perhaps difference is kind of true.

Practice synesthesia with what you uncover / discover: hear what you see; taste the sounds; feel what you smell; look deeply at all you touch; be something like a being – an organism whose senses are always combined in the perceiving and experiencing.  That you are is a thing unto itself, and can not be exhausted as long as.

And so to write, to exscribe.  In the beginning was… the true fact that you are, however doubting and unknowable.  This too is experiencing.  To be experiencing is to live.  Prepositions and propositions notwithstanding.

And so it is said, a kind of exscription, a thinking-out-with.  As breath surges sound or even whispers.  To follow – not following – the forms of the objects (obstacles) – lungs and throat and palate, tongue and teeth and lips, not to mention faces and the movements of limbs and digits.  The lineation of terms and letters, vocables and consonants – exscription-with, even air, atmosphere.  And should the context change (and it is changing as you say, think, exscribe) – you write, you sound, you scribble, going-on-with…

Thus it is written.

And so it becomes.

Stories are an history of mortality.  Where it begins in first awareness that it ends.  And so memories, so comparisons – lessness and mostness and the little by little of forgetting.  How it’s made through its undoing, to the last.  We story only as we die.

What is it that was said?  You say?

Dusk becomes, and a sort of lost.

The first way in, being out.

The forth is all.  Experiencing.

Letting it air out.  This seems important though many might advise that writing is a matter of devotion, dedication, discipline.  Maybe it is?  What have I written in way of stories?  Much time is involved in the shaping of rivers’ courseways… and chance… and the continuous involvement of the with-out.

Re-membering that the activity and activist (one doing the activity – actor/actress?) are entirely muddled in the ‘between’ that equals: “Here.”  Forging or forcing ex-scription tends to falsify the act and turn it towards an in-scription of something – report or epitaph, confession, statement, fable, style, form.  But storying and writing, like living and all activity, are between formless and formed – taking form, forming.  We are not producing or conveying information, we are in formation through the activity of writing. To assume a stance, a stasis, a point-of-view or position or stake… authorial authority or control – is to leave the messiness of “here” and arbitrate a “there.”  No longer the presence-between sayer-and-saying, thinker-and-language, writing-and-written, imagining-and-inventing, feeler-and-feeling, etc… but reduced to a repetition of forms, ideas, concepts – borrowed, received, believed, or accepted (“in-formed”).  Composed verses composing; produced versus producing; almost a copyist versus a compositor (with com-posing and com-positing referring to making-with, viewing-with, creating-with complex multiplicities).

Con-, com-, con-.  With, with with- (these are the fields of ‘between’ where we are).  Ever, always, only – between – experiencing through exscribing – this stays on, vibrating in the lettering, arcs and tones of the writing…as activity going-on.  Experiencing.  Energy.  The forthness of creativity is its unknowable, indecipherable, inextricable withness.  Perhaps.

Authorial authority or control a sort of repetition of law, convention, acceded power, regime(n).  An attempt to step aside from the stream of experiencing and treat the activity of writing (or exscribing) not as an activity of being – alongside thinking, loving, believing, feeling, working, etc., – but something mechanical, technical, somehow outside the confluence of being, the flow of experiencing.  Feigning objectivity, knowledge, pre-cluded rather than preludic (decided-before versus approaching the play or dance or swim of activity in complexity).  Told versus happening.  Production versus process.  Untrue, or less or more than actual.  Mortality – dead letter – versus verbal occurring…as-is.

To return to ending – the beginning of story – our limits, death, and finitude – that which forces us to forge – to attempt memories, notate change as loss or gain, seek patterns, learn, sing, exscribe, act… imagine… dream… craft and create – the knowing, the reality, that experiencing is not endless.  Attend: it ends.

And so we story.

Exscribing…experiencing…what there is, while there is, along many modes of action.  What is perceived as happening and runnels through the body, swirling currents of memory, the staining of refrains… and the activity of exscribing it – of moving it out-with-in-to relation of world as compositing – not copying, stating, reporting – but ever keeping in mind that the activity of writing is also a live, indeterminate, and infinitely complex way of being-with-world… we are hardly machines translating experience, or computers spitting out data… everything we do so long as we’re living, is living – alive and uncertain, conformation-with everything that surrounds and drowns us.  Participation.  Being.

Exscribing as a process of being alive.