I am not a scholar.  I know that now.

I have pursued no discipline, field, or “area of knowledge” to its limits.

Not to the ends.

What a novelist needs.  Knowledge a little beyond average, a little obsessive, a little “never satisfied.”

A librarian: able to discourse with “Scholars” in any field – enough terminology, vocabulary, “core knowledge.”

“Jack of all trades, king of none.”

Librarian.  Litterateur.  (I don’t know what else to call it).

Trying to be human.

Trying to know what I need to know to be that.

Today, I was browsing the shelves of the library at which I work, looking for books most precious to me to “represent” me as a person – a librarian, human, father, partner, son, life-trajectory, organism, friend – in honor of (yet another inexplicable almost insane “let’s-find-a-reason-for-celebration-instead-of-accepting-reality” National arbitration of “National Library Week” among perhaps many other things we are trying to laud ourselves for being every day/week/month/year).  And I stumbled across a title related to a hero of mine I had never seen – combining both the delights of the personage & thought I associate with him, and a favorite thing to ponder – communication or discourse:

From that point on, it has been what Eugene Gendlin might label felt experiencing: the occasional yet over-powering moments in life where we feel all-in, fully alive, in the flow, MET… RESONANT… acknowledged and identified.

The book opens with a prefatory essay by one of Wittgenstein’s students, literary executors, and, quite clearly, astute thinker in himself, Rush Rhees.

I include it here because it evinced that moment of relief, exhaustion, affirmation, Okay-ness, that comes from Emily-Dickinson-like “What – you too?” moments in our strange, convoluted, web-networked, chaotic and most-often-indecipherable human Who-Am-I existences…

All to say I read this brief and delightful (to me) report of a fellow human and thought:  Okay, I let down, I collapse, I am guilty of what you describe… and elated to find I am not alone. 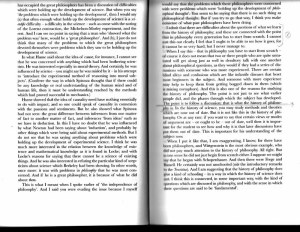 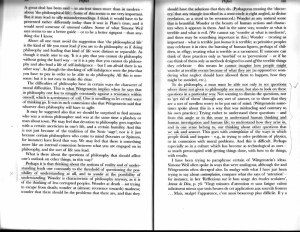 In the midst of a day of feeling overwhelm faced with school projects, group projects, and individual research assignments, I woke anxious and needing voices to recall my core – the vibratory physiology of the aim of my experience – to write, creatively, freely, integrated and symbiotically brain-body-world…

I scanned my shelves for emergency care, and found it here:

I hastily grabbed a notebook of primarily blank pages as I whooshed the children off for a swim.  I needed to study and make notes while they splashed about and played and require pen & paper for the process.  It turned out that the pages containing my writing dated some 15 years ago – journaling from a 4-day solo hike I had made in the Colorado mountains.  Included was this me-of-20-something’s poem:

The whole notebook was nostalgic for me – my youthful vibrant concerns for solitude and justice, freedom and nature and virtue.  What struck me about this little number was how consistent (or persistent) the concerns and interests worded here have been (obviously) throughout most of my life.  Seeking purpose, expression, control – recognizing somehow that once language is entered, is invoked, everything changes.  Our purposes, searches, availabilities, capacities, expressions, knowledge, – all gets reworked and revised as we engage in the broader activity of language.

If, as John Canfield theorizes, “in language we never leave the sphere of the social” and that “language is a vague concept with unclear boundaries,” in part because it “grows as more language-games are added to the mix, and as existing ones are enriched in various ways,”  that, fundamentally “language is a set of customs in which words play a role, a set of patterned, culturally determined modes of interaction..” so that with “increasing cultural complexity come increasing complexity of our patterns of interaction” then my lifelong hunches that I’ll never get a handle on it, or master its use, or turn it explicitly to my purposes are a matter of course.

Which is also what fascinates, compels and rewards its use.  Again, with such a limited arsenal of units – (take a look at your keyboard and consider for a moment to what gargantuan and variable use we put those 100 keys or so) – every engagement with the tool is interactive, reciprocally shaping and shaped by us, and unfailingly externalizing for our organism – the medium thrusts and immerses us into our society and culture and history and possible futures, as well as all the “thinks you can think” and more!

On the right day, then, my bewilderment in the face of language as my vocational practice gets to be an adventure of constant discovery, novelty, and learning – immersing me in some infinite-like context, warping and woofing my organism into a universe of threads… 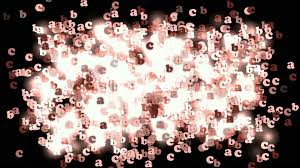 all quotations from John Canfield’s Becoming Human: The Development of Language, Self and Self-Consciousness

“one can think of the work (of writing) as a dialogue between the two distinct demands bearing on it (the demand of possibility, the demand of the impossible).  Or between its two poles (measured form, measureless disintegration) or between the embodiments of these two ‘centers of gravity,’ if you will: reader and writer…two come together in a place where neither can be found…One of them keeps dragging it into the light of day as a completed oeuvre, a realized whole, something that has actually taken form and come to be (read, that is, or, you could say, heard), while the other pulls it back into the dark whence nothing ever springs (but where there is a chance that, coming to pieces, something might come to be written or said)”

The tools the writer possesses.

That there must be something to say…that it is impossible to completely say.  Finally, definitively, to have done with, saying experience.

What does one make of this?  With this?  Paradoxical demand, desire, exigency – imperative, self-generating, uncaused and ineffectual, drive?

Our tools:  awareness.  Attention.  Passion.  We observe and take note, feel-with, and seek to spell it out (for ourselves, for world).

Our tools:  available language, sound, gesture.  Entering the woven barrier and thoroughfare of what is shared, common, constitutive, we act, operate, select, arrange, choose, rearrange from this quilted information of the world, our saying of it.  Or singing, or stating, shouting or whispering and mumbles.

It seeks into fact.  We construct an object, made up of nothing, of airwaves, scratch-marks, designs.  Barely effable cues, hints, notions and signs.  We begin again with that.  With what it fails to say, to communicate or reveal.  We tinker with and tamper, excise and expand.  Ever the remainder.  Inexact invention.  Something there, some things not.

We pursue what is not.  What fell aside or seeped away.  The evaporate.  The unknown (here I adore the French: je ne sais quoi – that feeling that one knows it, and knows it so well and so deeply, and yet is unable to say what it is that one knows!).

Endless frustration, falling short or to the side, inevitable (inherent even?) failing, shortcoming, irresolution.

These are the tools of the trade.  The writer’s apparatus.

A caveat:  from time to time I’ll wager to say we all of us take in some language or sound, vision or world that seems “just,” feels ripe, adequate, full and exact to the perception of our experience.  This is wondrous, thrilling, satiating, “ecstatic,” a moment’s completion, wholeness, perhaps.

Yet is it?  What does the masterful painting, the pregnant poem, the echoing song or fulfilling experience result toward?  Yes, toward, not “in.”  Not arrival but generation, bursts of multiplications of words, sounds, sights and movements now invigoratingly fueled and stimulated – fecund to go on…for more…fuller…richer…or even repeat!?

“Such then, would be my task, to respond to…speech that passes my understanding, to respond to it without having really heard it, and to respond to it in repeating it, in making it speak…To name the possible, to respond to the impossible.  I remember that we had designated in this way the two centers of gravity of all language…Why two to say one thing?  – Because the one who says it is always the other…”

Hello dear followers – I can hardly thank you enough for taking time out of your lives to look at, read and engage things I am involved in the making of.  Your support and attention is a constant encouragement.  THANK YOU!  (and thank you for offering and creating your own!)…  I wanted to invite you (if you are interested) to visit/follow a couple of other blogsites I also create in/with – 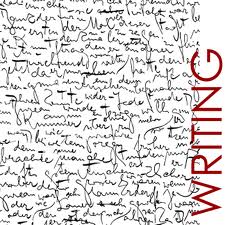 Woven in the circles of making, I felt and I thought, I wrote (I thought) “What is called writing?”

An action, a process, a braiding of becoming.

In that way it is like breathing, sensing, walking.

I wouldn’t, for instance, “do it anyway” – wasn’t born with the instinct of muscle and nerve to be verbal, textual.  I needed other people for that, and the whole history of the world, and the tiny stories of my community and location.  All those things, all those “others” – elements and entities NOT me trained me to language.  Taught me to “mean’ something with a sound or a gesture, out of an enormity of possible sounds and motions, infinite and miniscule in their variety.  So that I utter and behave as a Kansas boy raised in the 1970s in the United States of America; I can say “what” about forty different ways, but not like someone from Tokyo, Moscow or Bangladesh.

Clearly I went along with it, became, developed my own versions of signification and cadence, intonation and grammar.  Working well enough when among the great pool of English-speakers who read literature, philosophy, poetry or know something about parenting, divorces, theology or art.

Outside of that I suspect I’m a foreigner.  A penguin squawking and waddling about.

Given the breathing, perceiving, pulsing, walking thing, I can usually find my way among other humans anywhere, but not without a strangeness and suspicious curiosity about the way I do it, and why.

That’s what I love to do.  I like very much listening to their silences, their potential precision and fluid spillage and wash.  I love finding shapes there and rhythms.  After all, music isn’t about the melody, but all of its sounds and silences together.  But writing isn’t music, it’s writing.

So my blog, my work, my play, my joy my grief my desire and delight is this puzzling and fiddling about with this (for all practical finite purposes and aptitude) infinite galaxy of lettered objects.

What it might “mean” or “say,” “express” “communicate” or “intend” and so on – I guess that’s up to you – making your own creative use of my arrangements from your very own culture of sounding signing and gesturing.

A happy medium, as far as I’m concerned.