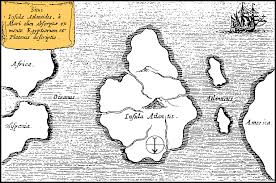 We try to describe it to each other – what we experience, perceive, how we learn to survive.  We call this – in varying levels – relationship.  Depending on the amount of explanation and exposure, cataloguing “acquaintance,” “stranger,” “family,” “friend,” “lover,” and the like.  A kind of measure.  Recognizable connection or estrangement.

But the world is inscrutable, as are we, thus we name ourselves “lost.”  “At least we’re lost together,” some said, but others thought we’d find out more apart, in other words “split up and look for clues.”

What would the clues be for?  From whence this idea of “clues” to be searched?  I wonder this.  Did someone somewhere “find” something indicative of something really “else”?  Other than this world and we in it?

I meet one of us who “has a feeling.”  She has this “sense,” she says, that there really is an Other – something or someone truly outside of this barely discernible world we (at least) found ourselves and other things in.  I ask her to describe the feeling and her ensuing language reminds me a lot of feeling-collections I also have gotten from time to time.  Without, I might add, ever considering them Other-worldly.  What is to account for this?  These are the sorts of discussions we wanderers have.

How might I recognize a clue?  Where did the idea/referent/template for such a signifier originate?  Martin found an interesting, that is, noticeable pattern on the shell of a turtle.  It appeared roughly to resemble little squarish shapes of wood we use to count by or play games with, sometimes even to carve on and trade for fruit or grasses.  Martin thinks this might indicate that the shape we use for wood was natural – inherent in the world – purposeful.  Not coincidence or accident, but a sign or clue about “the way things are.”  There were 16 of these rectangular shapes on the turtle’s back.

“Why would you think that, Martin?” I asked.  It is curious and fun to find similarities in the world – between people, smells, shapes, sounds and colors – all sorts of things – but why wouldn’t we notice like or familiar things in new situations?  To make it feel, well, less inscrutable?  That way we could learn about the unlike, describe the difference.  This, at root, was what I understood by the word we used, or called – “learning.”

I ponder the projection that making things seem more uniform might help us feel less “lost” or confused in our surrounding world.  So I might be expected to gravitate toward humans of the same height, weight, or hair color; that  make the same sounds as me, recognize the same shapes, eat the same objects, and so forth.  Somehow this practice strikes me as less interesting, ever running out of time (as we all agreed, once we’d broken our existence up into increments) and with so much unexplored and perhaps unknowable world still surrounding us all.

I take on the habit of investigating difference – I discover that finding similarities in my surroundings comes rather easily, nearly automatically, but aspects that are unique or defamiliar tend to more efficiently further my familiarity with the world.  It becomes a strategy not of looking for clues or surfaces pointing to something else, but simply finding else everywhere.  Even in the same “place.”  There appears to be no end to variance (even in myself) and therefore no static “same.”  I find myself always finding, discovering other in every moment, the differences forever expanding my knowledge of, but also maintaining my ignorance level of, the world I find myself in.

A perpetual state of wonder. 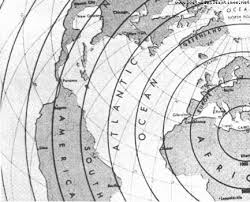