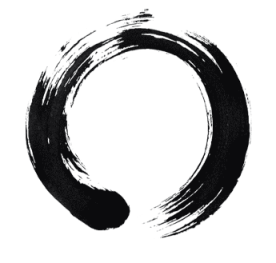 “What, in summary, is the nature of the singular entity referred to by the word ‘I’ in judgments like ‘I am in pain’?  Answer: since those uses of ‘I’ do not refer, the question is nonsensical.  One might as well ask after the nature of Nobody.”

“The ‘main point’ is rarely extricable from the digressions.  Every section spills into every other… [he] no longer knows what he was talking about.”

It grows hair.  It remembers things differently.  It is singing as if in a mumbling voice.  Yesterday I got angry.

It thinks, but after talking with the child I was upset with, it revises its conception, taking into account that she said I exhibited joy.  Yesterday I was happy.

“I will need to accomplish a task tomorrow,” it thinks, in a manner different from image, music or text.  It can almost see me doing it – in a situated context – surrounded by people (other ones), objects, time and space.  Not essentially.  Well, maybe.

It calls to mind (read fabricates) what I was like two decades ago.  I was climbing mountains then, most often alone (i.e. not in the company of additional humans), still it is able to consider me there.  There where?  It imagines Long’s Peak in Colorado (in neither image, language nor feeling – it cannot recall particulars well enough to reconstruct)…it senses I was there.  It is reading in a diary.

Does this make it me?  The same as the I who wrote it, camping somewhere along the Eastern slope of Long’s Peak in 1995, apparently gladly absent of friend, foe, spouse or tamed animal counterpart?

I had a pack full of peanut butter and potatoes, a couple jugs of water, a tent, a cloak, a knife, an assortment of pens, books and blank journals.  It roughly remembers some of that.

It reflects (not to itself – that doesn’t even make sense) – must be a sort of nuanced synonym for thinking – (with itself? of itself? nonsense, it simply reflects) – I’m sitting cross-legged on a small clearing near a frothy crystalline stream within a circle of baby pines, trying to read philosophy texts packed in for the purpose of uninterrupted, or it could be me yet-to-come as distinguished by Swiss mountains and an understood language barrier protecting my solitude along with evident (it imagines) distance (and therefore time) between whatever residents might exist and I.  It (hypothetically) notices that (well, enough to pick out an “I” on the Jungfrau or Matterhorn).

But that has happened too.  Does the case that it conceives me thus proscribe an identity?   It isn’t sure, but there are similarities of some variety.  It isn’t saying for certain (the fact is it could say “for certain” but what might that establish as regards me?) – the appearance and accidents, character and behavior are in many ways inexact and altered – but for pragmatic and discriminatory purposes – it would designate me “me” (if it were in conversation or thinking extrinsically).

Could it really say, most definitely, that I was there?  Any more than that I will be?  It is uncertain, entirely possible.

It remains, for now.

Thinking of the time I was writing this (nearly now but just before).  It is writing, but not this, I have written this, it is aware, but only just before or just after – that it is I.

Drest in a little brief authority,

Most ignorant of what he’s most assur’d,

As make the angels weep.”