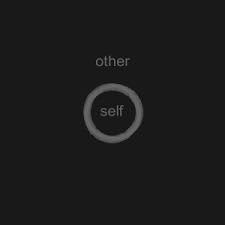 (a continuation of Else  – Erasure : Beginnings)

Once begun, and begun in You-ness, though perhaps not – indeed probably not in any way! – in Newness, you take leave in the middle.  Or if not the middle of this brief engagement, somewhere, alas, in its midst, you set out.

“The place I really have to get to is a place I must already be at now” Ludwig Wittgenstein said, which you almost remember, and in any case you think of now, triggered by its inscription among the paper scraps scattered over your writing desk.

Already you’re sick of it.  The You-ness you hijacked in hopes of Newness.  Your playabout with something Else.  Attempting to trip or trick yourself into some place else, somewhere other than where you “must already be at now” – the Else you set about pursuing, by dissecting and deconstructing it on your desk.

You come up short.  Feel foiled.  A stray comment from some other immediately exposing a cheap and shoddy sleight-of-hand you yourself could not perceive.  The danger of others, of else.  The dangers of self-encounter in dialogue.

In any case, you create, or you go on making with all that is already tired and old.  Namely, yourself, and whatever is at your easy disposal, fearing in advance what might be required to move.  Toward what could be New, into the unknown of the Else.

You tackle the pieces, a limited arena of shuffled scraps – quotations, emotions, experiences – in hopes a pattern emerges, an inventive cohesion.  Unlikely, or forced.  The banality of meaning – a fundamentalist smallness of purposes or cause.  You vomit.

It’s a discomfort – as if from some trauma stored throughout your body and brain – a fear of what you cannot identify, having experienced it (“suffered” is how you put it, and “endured”) as an unspecified complexity of connectivities too slender to hold or locate – the incomprehensible self – that atomistic and invisible dot-point in a universe of flickering.

Whereas you are able to imagine others and else as substantial – entities with agency – in all the vastness.  What you can observe with less participation, seeming more real to you, somehow.

Else – you just get lost in the dissection.  Labyrinthine traces of fact upon facts, ad nauseum infinitum…  The searching for cause and impact in a loop within a web caught in a net stranded among strands inextricably interlocuted in endless structures and systems imperfectly operational.  And so forth, you consider the sources.  Always coming up missing or bereft.

Not what you thought you were looking for.

New probably just meaning something different, you repeat yourself, something Other, something Else.

4 thoughts on “ELSE – Aziff : Prompted by Comments”