“As I was saying perhaps ignorance is the key.  We all of course know what’s going to happen next.

Only artists don’t know what’s going to happen next a quirk of ignorance they share with history and the weather.

Then the reasons become part of the story.

The mind is like the weather and this is the reason that everyone likes a good story.” 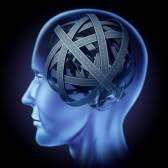 “For, in effect, the humanities have as their implicit agenda the cultivation of hypotheses, the art of hypothesis generating.

…the language of evocation substitutes metaphors for both given and new, leaving it somewhat ambiguous what they are substitutes for…

the ‘relative indeterminacy of a text’ that ‘allows a spectrum of actualizations.’

And so ‘literary texts initiate ‘performances’ of meaning rather than actually formulating meanings themselves.’

And that is what is at the core of literary narrative as a speech act: an utterance or a text whose intention is to initiate and guide a search for meanings among a spectrum of possible meanings…

…set forth subjunctively to allow them to be rewritten by the reader, rewritten so as to allow play for the reader’s imagination.”